God Is In The Crowd

ABOUT THIS LECTURE: GOD IS IN THE CROWD is told through the prism of Tal’s dramatic personal story. Born to a secular Jewish family in Miami, he only became curious about his religion and identity when he arrived at Phillips Exeter Academy. This curiosity led him to embark on a trip to Israel, and soon after, his Jewish identity became so important that he enlisted in the Israeli Air Force. As a man who was putting his life on the line for his people, he began to ask himself if what he was fighting for was worth it. This led Tal into an investigation of the core values of Judaism in the twenty-first century and what must be done to preserve the religion. At once alarming and hopeful, philosophical and prescriptive, personal and communal, GOD IS IN THE CROWD presents an innovative plan in which the wisdom of the Jewish crowd is harnessed to endow Judaism with new purpose and ensure its survival.

ABOUT THIS SPEAKER: Tal Keinan is an American-born entrepreneur and social activist. He is a co-founder of Clarity Capital, a global asset-management firm, and chairman of Koret Israel Economic Development Funds, Israel’s largest nonprofit lender to small and micro businesses. He serves on the boards of directors of the Steinhardt Foundation for Jewish Life and the HESEG Foundation, is a Young Global Leader of the World Economic Forum, and is chairman of the YPO Intercontinental Chapter. He holds a master’s degree in business administration from Harvard Business School and is a graduate of Israel’s Air Force Academy.

Note: There is no Valley Beit Midrash charge for this event. There is a suggested donation to Congregation Beth Tefillah of $18 at the door 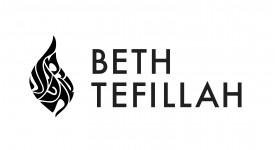